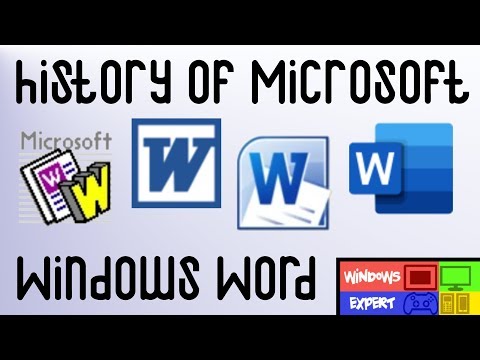 Today a video about the history of Microsoft Windows.
This is another video than other ones because I speak in the video and I hope my pronunciation is correct, haha. I repeated sometimes with some words. But I feel I can do it.

Let me know in the comments which way is better:

It was a trial because to make my video less boring.

Anyway, I explain to you every “Word” version step by step.
So which updates there are and new feautures.!

There are also versions with DOS and Macintosh.. that I take in another video separately.

Thank you for this request, Any Ideas throw it in the comments!